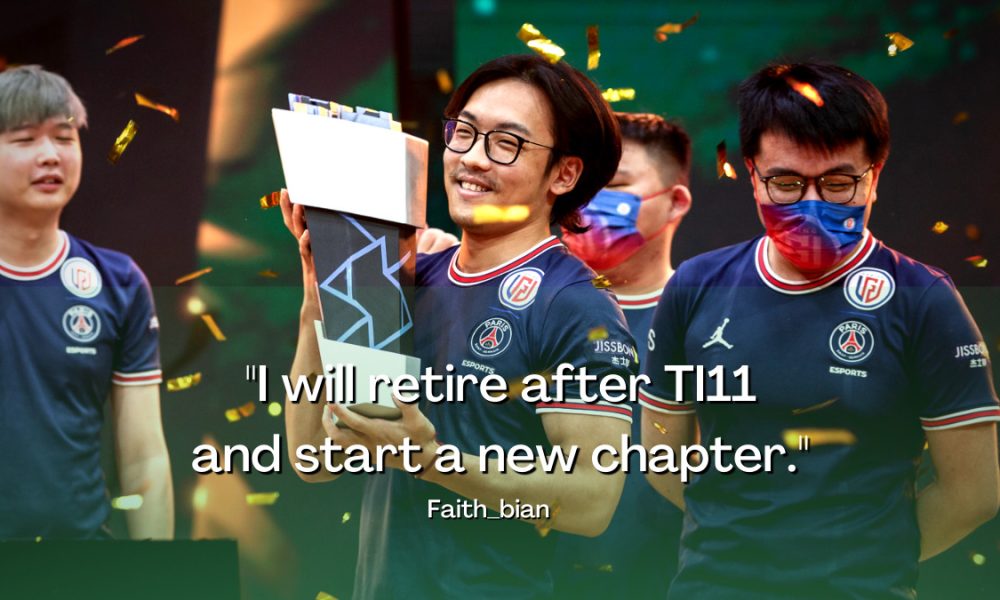 The offlaner for PSG.LGD, Zhang “Faith_bian” Ruida just revealed his plans to retire after The International 11 (TI11) on the Chinese social media platform, Weibo. Due to TI10’s True Sight nearing release, he also dropped a lengthy message to explain the Grand Final of TI10, where PSG.LGD faced an agonizing defeat to Team Spirit.

A Genshin Impact Anime is on the way
DRX vs OpTic Preview: Will OpTic “re-enact Iceland” or will DRX be “creating their own destiny”?