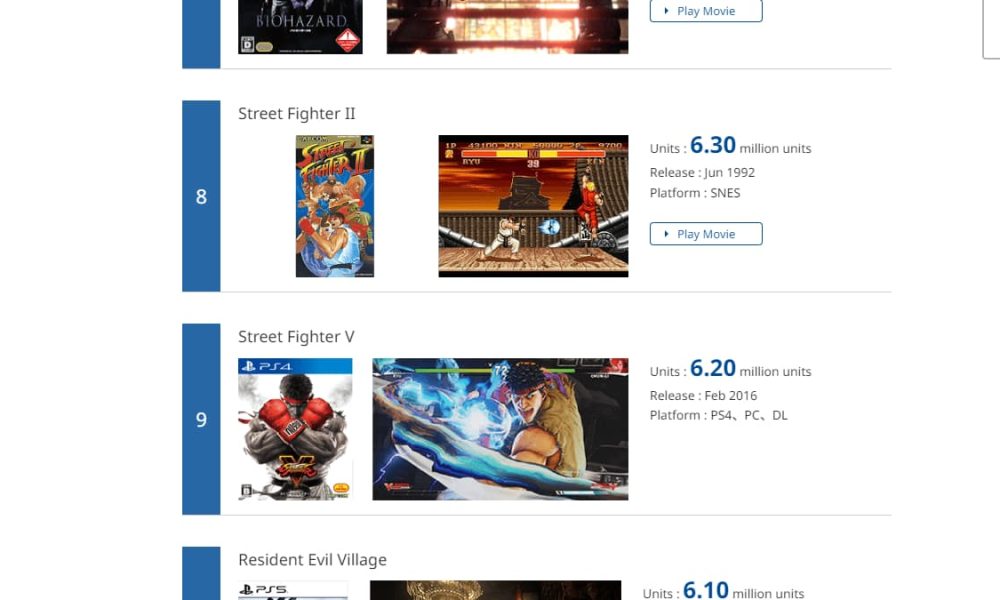 Street Fighter V is within striking distance of outselling Street Fighter II according to sales figures released by Capcom on its Platinum Titles list. The most recent iteration of the Street Fighter franchise is finally closing in on the sales record set by arguably the most influential fighting game of all time.