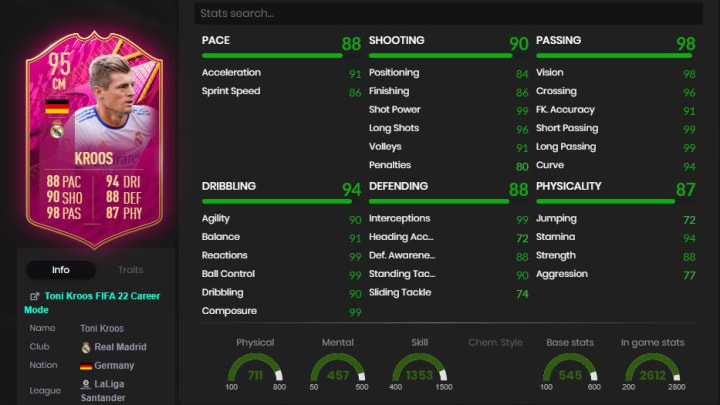 FUTTIES is the annual end-of-cycle promotion each year in FIFA Ultimate Team celebrating all the past content released. Part of the promotion includes re-releasing fan-favorite players as new FUTTIES cards with upgraded statistics. Real Madrid midfielder Toni Kroos was a popular FUT Birthday card when he was originally released, but now he’s got a new 95-rated item that’s sure to make squads for those still playing.

How to Hit the Griddy in FIFA 23
Kevin-Prince Boateng FIFA 22: How to Complete the FUTTIES SBC