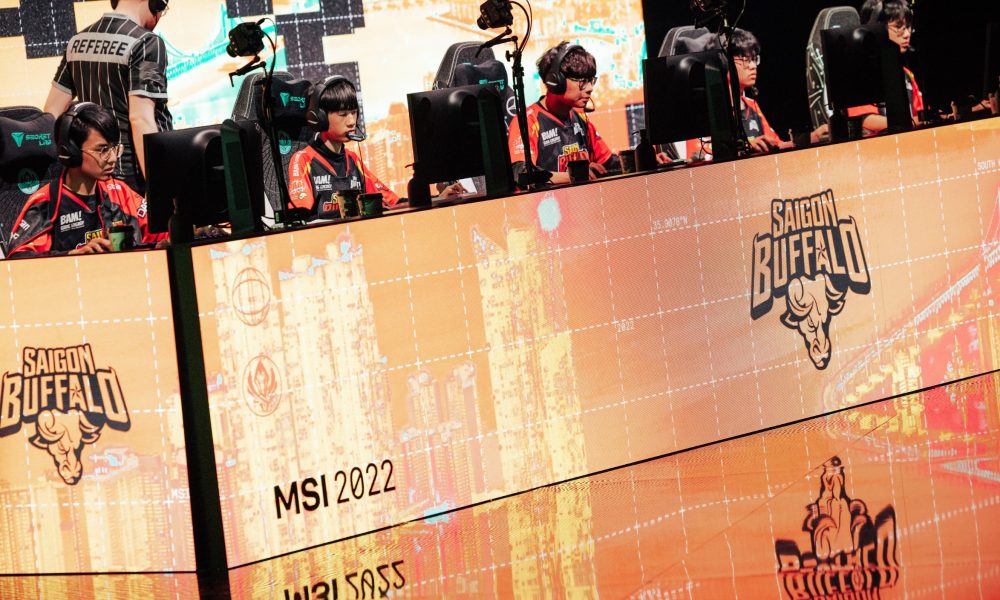 The last-minute upset wasn’t meant to be. Saigon Buffalo have been eliminated from the 2022 League of Legends Mid-Season Invitational after falling at the hands of Royal Never Give Up in a nailbiter of a 34-minute game. The VCS representatives pushed RNG to the brink in their rematch today (and perhaps challenged them more so than any other team at the tournament so far), but were felled in the final moments of the game, allowing RNG to carry whatever momentum they had accrued in the late-game to their sixth victory of the rumble stage.