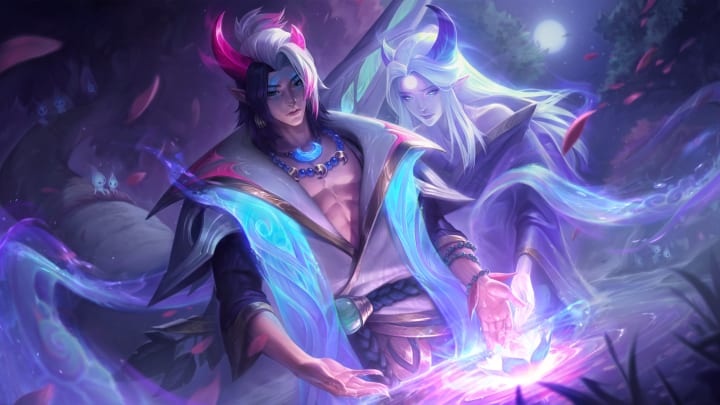 Spirit Blossom is getting 10 new skins for nine champions in an upcoming League of Legends patch. The skin line already featured popular cosmetics for champions such as Thresh, Riven, Yone and more. Aphelios follows Vayne as the next AD marksman to receive a cosmetic in the line. This will be Aphelios’ fourth cosmetic following Nightbringer, Lunar Beast and the honorary EDG world championship skin.