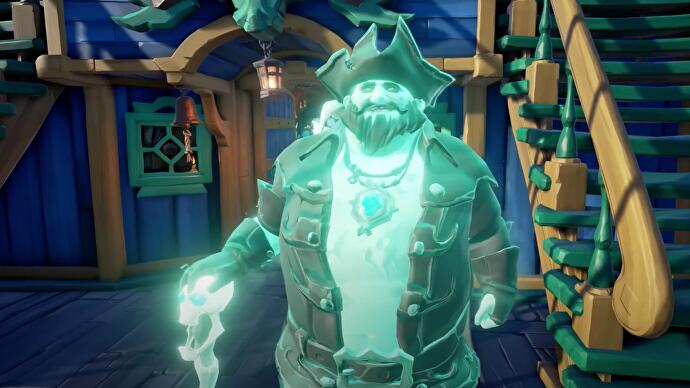 For those who’ve been with Sea of Thieves since its release back in 2018, the captaincy update is a thing of legend; originally intended to be the multiplayer pirate adventure’s very first post-launch update, it would give players the opportunity to acquire their own persistent vessel on the seas, and – in a proposition that still excites the pirate in me to this day – start their sessions in a gloriously dramatic fashion, bursting through the Legendary Hideout’s massive waterfall out into the world. But then Sea of Thieves’ slightly wobbly launch happened, and Rare shifted its focus to fleshing out the game’s sandbox following criticism of its limited core. With that, the captaincy update was set aside, but never quite forgotten by the player base, gradually becoming the stuff of legend with the passing of time.