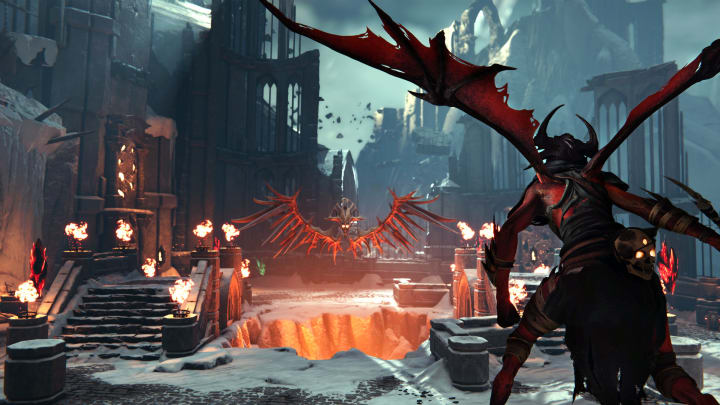 At its core, Metal: Hellsinger is a first-person rhythm shooter. Players take on the role of The Unknown, a human-demon hybrid who has found herself in the depths of the underworld. Her only way to escape is through hordes of demons, and through the ruler of the Hells — the Red Judge. Its unique hook is that of its soundtrack, which encourages players to stay on beat to deal damage to a variety of enemies. The more you match your attacks with the beat, the more damage you do, and the Fury Meter (multiplier for damage and score) increases. The higher the multiplier, the more intense the music. At 16x, the vocals and full music arrangement kick in and the action enters its full swing. It becomes so easy to fall into the rhythm of each song, and that’s a testament to the soundtrack.

Story of Seasons: A Wonderful Life to Get Nintendo Switch Remake
The Past and Present of Smash Bros. Crew Battles