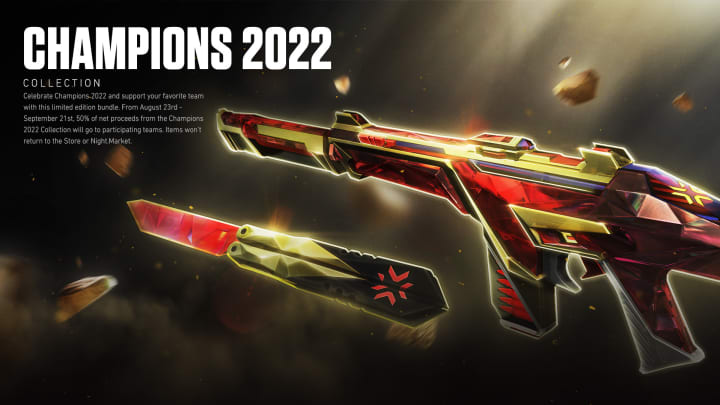 This year’s Champions collection has been revealed, offering players the chance to grab exclusive skins for the Phantom and Butterfly Knife. The limited edition Champions 2022 skins are designed to reward top-tier play, featuring two new features as part of the Champion’s Aura. The skins feature a visual effect that evolves every five kills, maxing out at 25 kills. On the Butterfly Knife, a special effect triggers if you’re top fragging and have at least 25 kills.

Valorant Operator Skins: Price, Release Date, Rarity, How to Get
Valorant Up in Arms Player Card: How to Claim